So me and my Etsy addicted family have been busy lately. And since they are too lazy to have and/or update their own blogs, I'll let you know what they have been up to. ;)

Amber (thewanderingknitter) just posted the rest of her Halloween Kitties I told you about in her Featured Seller post. :) She also posted some fall kitties, this one is my favorite...and it's not cause his name is Jacob either. :P 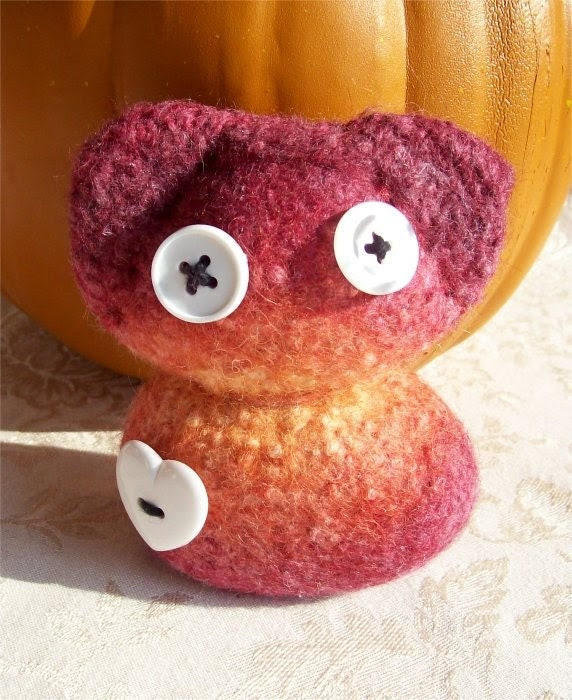 Aren't those colors beautiful? Perfect for the fall! :)

Next on my hit list, is my brother Tony (DigitalMushroom). He's at school at the moment, so whenever he has time to finish a piece I post it for him (cause I'm the best big sister ever!). Anyway here's his newest piece: 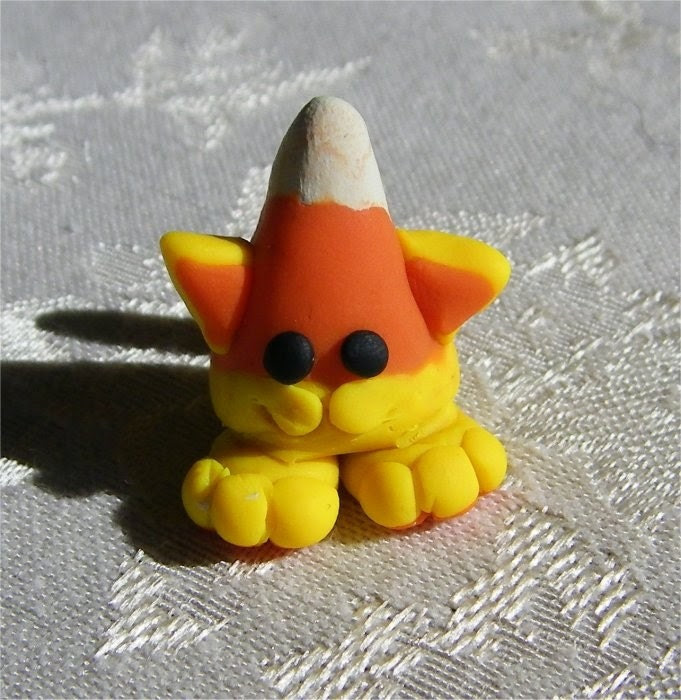 It's a kittycorn; isn't that cute! :) It even has orange paw prints on it's paws (you can see them in the last pic of the listing). :) I have another piece of his to post, but I need a better pic of it. Hopefully I can get that taken tomorrow.

Ooo! It's my turn! :) So I was making something (I forget what now) and I got distracted playing with the red clay, and ended up making a pin. It's my first attempt at jewelry, so be kind... It's cute, but it's heavier then I thought it was going to be (again, never made jewelry before) so it'll really work best only when used on thicker fabrics. I think it's cute, but I'm not sure if I like it enough to make more. I'd like to make some jewelry, but maybe something a little lighter next time. :)

I'm almost done with my most recent sushi felt piece. It turned out bigger then I thought it would, so I might make some polymer clay pins and sell it by itself and make some smaller rolls to go with my first piece. I was going to take a pic of it "in progress" but I don't know where my husband put my camera...so I guess tomorrow I'll post a pic. :)