It snowed again this weekend! :) This time it was just enough to make everything look pretty, but not enough to screw up the roads too badly. I decided to go out while it was still snowing and take a bunch of pics. :) I haven't fixed them all yet, but I did post a few on Flickr this morning. Here's my favorite from the bunch I've already posted: 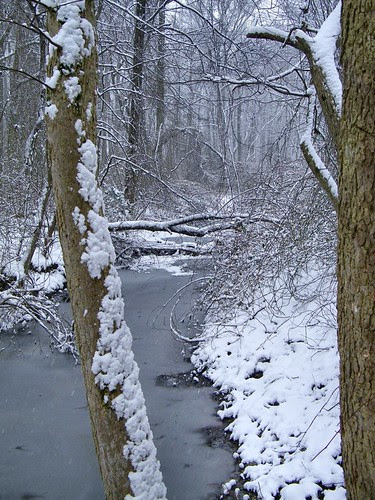 It's a little stream, set back in the woods at the park near my house! I didn't even know it was there, because during the non-snowy season, the woods are completely overgrown with pricker bushes and you can't walk back that far. But since everything was covered with snow, I was able to walk along some of the deer paths pretty deep into the trees. :) It was so beautiful and peaceful wandering along the paths through the woods! I'll post the rest of them on Flickr either today or tomorrow. :)

In keeping with the wintry theme, today's mini treasury is all about snow! Enjoy! :)


And here's the big treasury that matches it!